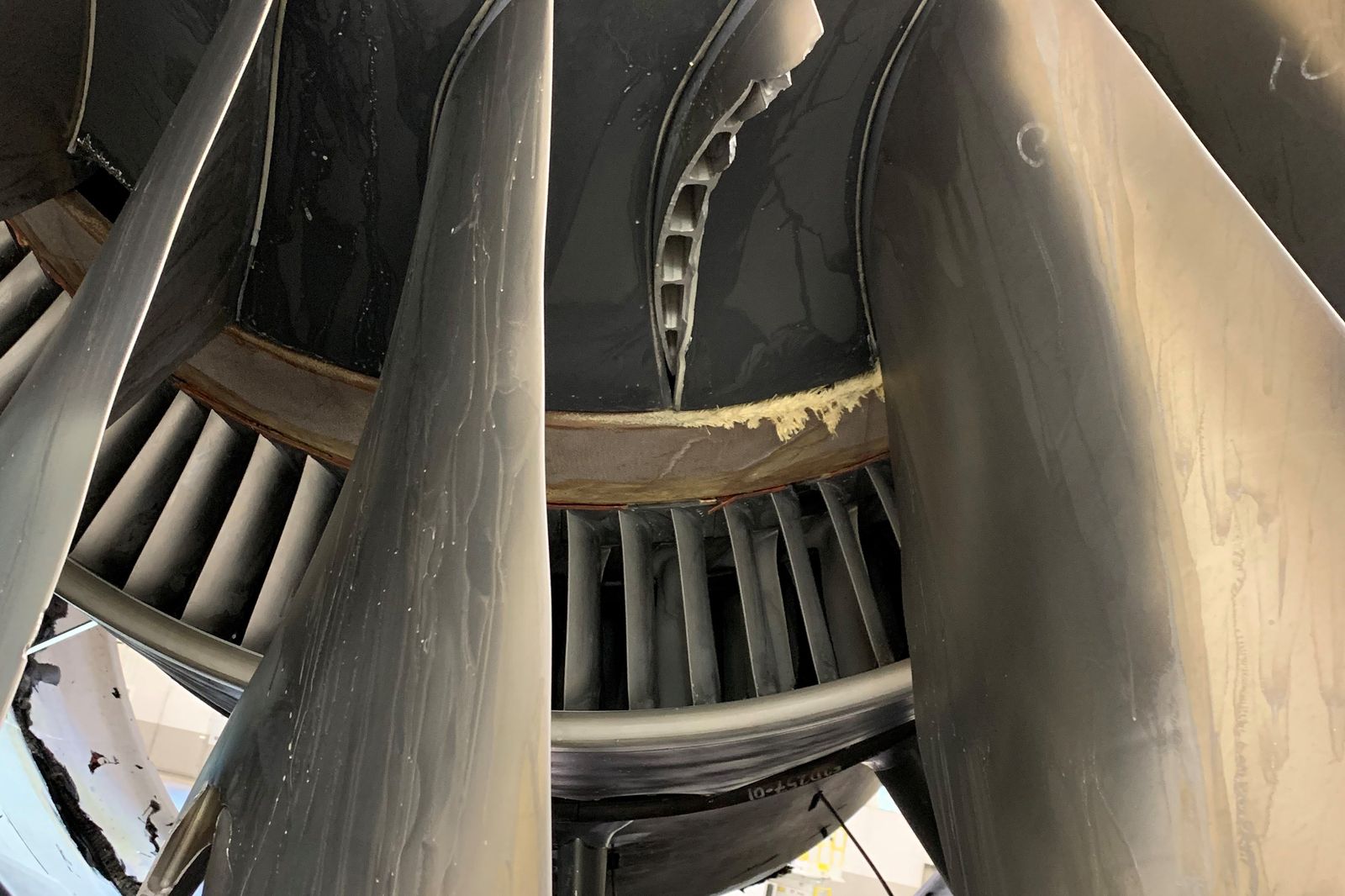 WASHINGTON – The FAA ordered immediate inspections of Boeing 777 planes with Pratt & Whitney PW4000 engines before further flights after an engine failed on a United flight on Saturday. Operators must conduct a thermal acoustic image inspection of the large titanium fan blades located at the front of each engine.

The National Transportation Safety Board said on Monday that a cracked fan blade from the United Flight 328 engine that caught fire was consistent with metal fatigue.

“Based on the initial results as we receive them, as well as other data gained from the ongoing investigation, the FAA may revise this directive to set a new interval for this inspection or subsequent ones,” the FAA said.

In March 2019, after a 2018 United engine failure attributed to fan blade fatigue, the FAA ordered inspections every 6,500 cycles. A cycle is one take-off and landing.

South Korea’s transport ministry said on Tuesday it had told its airlines to inspect the fan blades every 1,000 cycles following guidance from Pratt after the latest United incident.

An airline would typically accumulate 1,000 cycles about every 10 months on a 777, according to an industry source familiar with the matter.

The FAA said in 2019 that each inspection was expected to take 22 man-hours and cost $1,870. It did not provide updated estimates on Tuesday.

A spokeswoman for Pratt, owned by Raytheon Technologies , said fan blades would need to be shipped to its repair station in East Hartford, Connecticut, for the fresh inspections, including those from airlines in Japan and South Korea.

South Korea’s transport ministry did not respond immediately to a request for comment after the FAA’s order. Korean Air and Asiana Airlines said they would comply with the relevant authorities’ directives.

Boeing said it supported the FAA’s latest inspection guidance and would work through the process with its customers.

It had earlier recommended that airlines suspend the use of the planes while the FAA identified an appropriate inspection protocol, and Japan imposed a temporary suspension on flights after the Saturday incident.

Japan’s transport ministry said on Wednesday it was examining the FAA directive and had not yet decided what action to take. The FAA spent the last two days discussing the extent of the inspection requirements, according to sources with knowledge of the matter.

On Monday, the FAA acknowledged that after a Japan Airlines engine incident in December it had been considering stepping up blade inspections. United, the only U.S. operator, had temporarily grounded its fleet before the FAA announcement. The airline said on Tuesday it would comply with the airworthiness directive.

United has warned of possible disruptions to its cargo flight schedule in March as it juggles its fleet after its decision to ground 24 Boeing 777-200 planes, according to a notice sent to cargo customers.

Another 28 of United’s 777-200 planes were already grounded before the incident on Saturday, amid a plunge in demand due to the coronavirus pandemic.