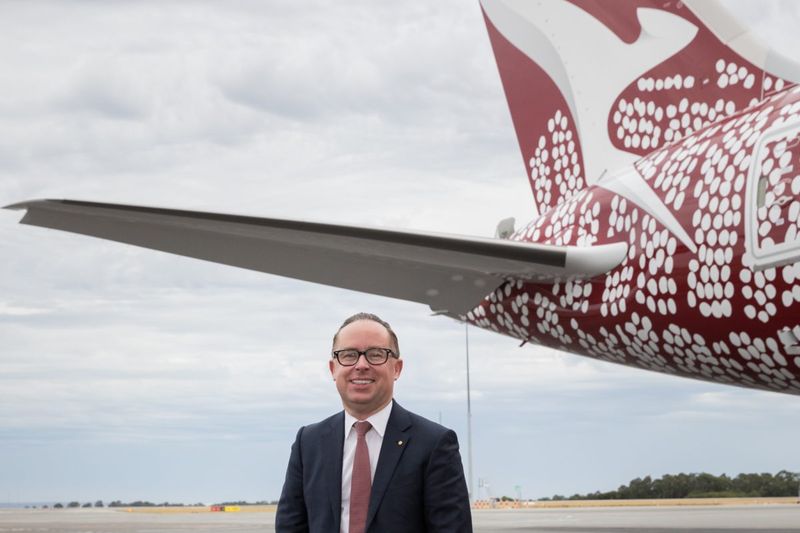 SYDNEY – Qantas Airways Ltd expects to run at 60% of pre-pandemic domestic capacity in the March quarter, below its previous forecast rate of nearly 80%, because of pandemic-related state border closings, its CEO said. Qantas expects to post a substantial bottom-line loss for the financial year ending June 30.

The airline on Dec. 3 forecast domestic capacity would reach 68% of pre-pandemic levels in December and nearly 80% in the March quarter before a pre-Christmas outbreak of COVID-19 cases in Sydney that spread to Melbourne prompted other states to shut their borders.

“This latest outbreak has probably set us back three months,” Qantas chief executive Alan Joyce said in an interview at the Reuters Next conference. “In the three months to end-March, our forecast now is for the third quarter for the financial year … we will be at 60% of pre-COVID domestic capacity levels.”

The Australian flagship carrier now expected to run at 80% of pre-COVID-19 domestic capacity in the three months to end-June, Joyce added.

However, it said in December it would be net free cash flow positive, excluding redundancy payments, in the second half, assuming state borders were open.

On Wednesday, Joyce stuck by that forecast, adding that “a lot depends on things like when international (travel) opens up.”

The airline has grounded its international fleet until at least July because of Australia’s strict pandemic-related border controls, which have led it to report far fewer cases and deaths than most developed countries.

Qantas last week opened up sales for tickets to destinations such as the United States and United Kingdom starting in July, though the Australian government said the opening of borders remained its decision.

“It could be a bit later, it could be around (July),” Joyce said of plans to restart international flights. “We have the flexibility to manage that schedule depending on what the decision is going to be.”

Australia will start vaccinating its population in February and expects to finish by October. Qantas has said it will require passengers to be vaccinated to board its international flights, a move World Travel and Tourism Council Chief Executive Gloria Guevara on Monday described as akin to discrimination.

Joyce said he expected a lot of governments would mandate vaccinations for incoming travellers, “particularly Australia, with the low level of cases we have here”, adding that such a requirement would also boost confidence in the safety of air travel.