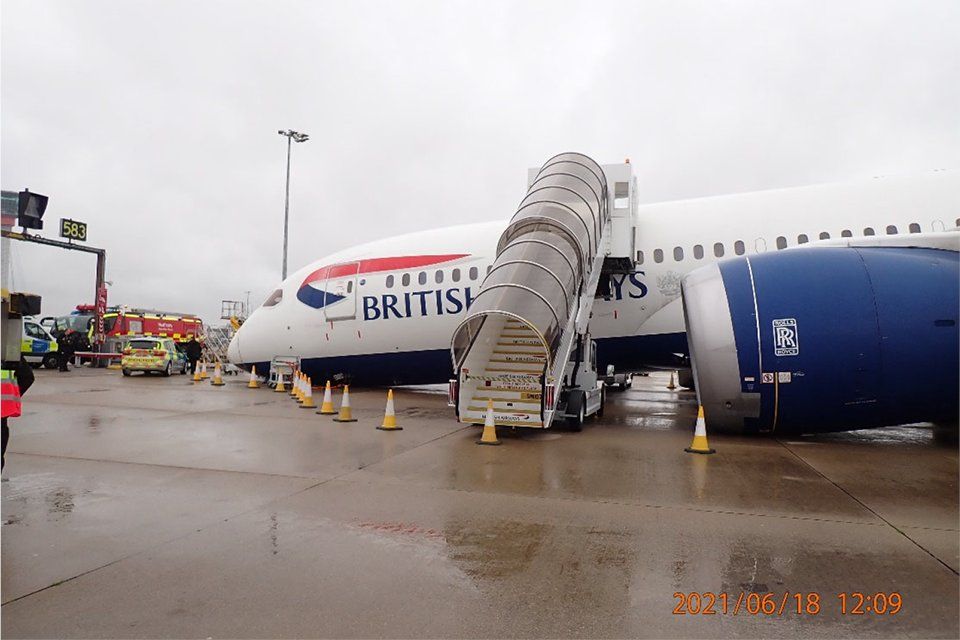 The retraction caused damage to the lower front fuselage, doors and engine cowlings. “Door 2 left (Door 2L) struck the top platform of the mobile steps, positioned at the door, which resulted in the door separating from the fuselage and one person, operating the cargo loader positioned at the forward cargo hold, received minor injuries,” an AAIB report reads.

The DDG procedure actually required landing gear selection lever to be cycled with hydraulic power applied to the aircraft. To prevent the landing gear from retracting, the procedure required pins to be inserted in the nose and main landing gear downlocks.

After a similar incident involving a Boeing 787 in 2018 the US civil aviation body FAA issued an Airworthiness Directive the following year with a 36-month compliance from 16 January 2020, to install an insert over the apex pin bore to prevent incorrect installation of the downlock pin. “But this had not yet been implemented on G-ZBJB,” AAIB said.