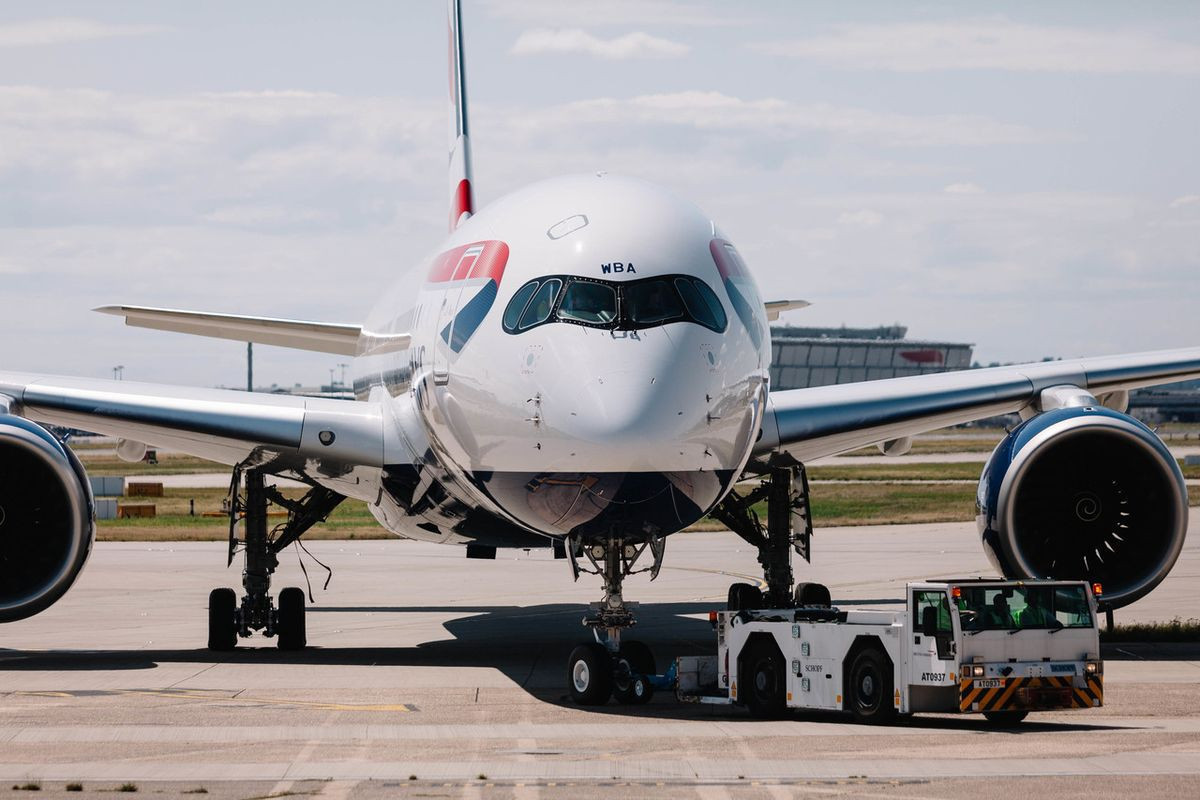 LONDON  – British Airways has agreed a deal with trade unions representing parts of its workforce in Heathrow over planned job cuts, with the airline’s chief executive saying significant progress had been made to “mitigate the impact of redundancies” in a message to staff on Tuesday.

On Friday, the airline said it was planning to cut 12,000 of its staff, with thousands of workers due to receive letters saying whether they had lost their jobs.

“I am pleased to report we have made significant progress in these areas with both unions which will help us to save jobs and mitigate the impact of redundancies,” BA Chief Executive Alex Cruz said in an internal message seen by Reuters.

“Representatives from both GMB and Unite have now signed a formal ‘agreement in principle’ that would cover those colleagues working above the wing in Heathrow and in Engineering. This is a significant step forwards.” 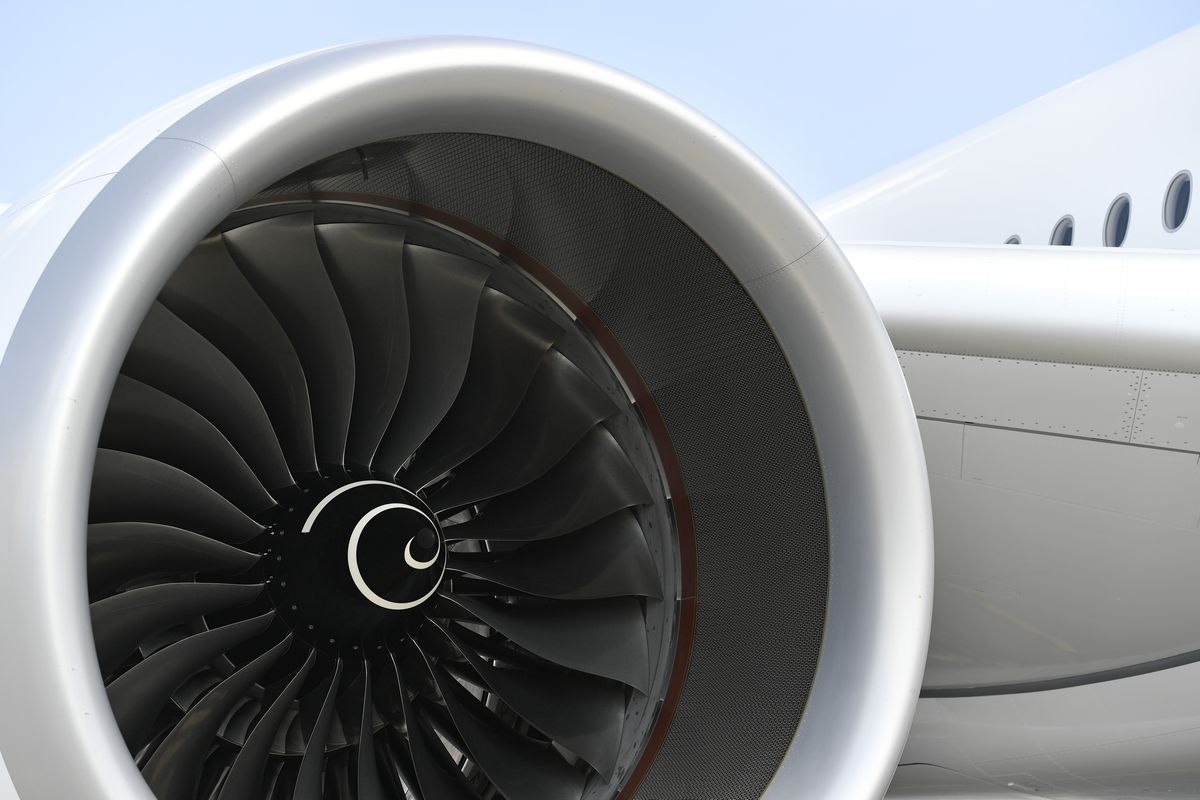 LONDON – Britain’s Rolls-Royce will carry out extra inspections on some of its Trent XWB engines which power the Airbus A350 airliner. Rolls-Royce said on Tuesday that the issue would not cause significant customer disruption or material cost, as it affected a small number of XWBs of a certain age.

The Trent XWB-84 engine is set to be subject to an Airworthiness Directive from regulator EASA, Rolls said, because of wear on a small number of Intermediate Pressure Compressor blades found on a minority of engines which have been in service for four to five years.

None of those engines have experienced abnormal in-flight operation, it said, adding that it would carry out inspections on all Trent XWB-84s of a similar service life as a precaution. There are just over 100 of them.

“Given the limited scale of additional work which we anticipate will be required at existing shop visits to address this wear, together with the availability of replacement parts and spare engines, we do not expect this issue to create significant customer disruption or material annual cost,” Rolls said in a statement.

Rolls recently said it was considering strengthening its finances to help it withstand the pandemic.

It burned through 3 billion pounds in the first half of the year as planes stopped flying, cutting the revenue it receives from flying hours. 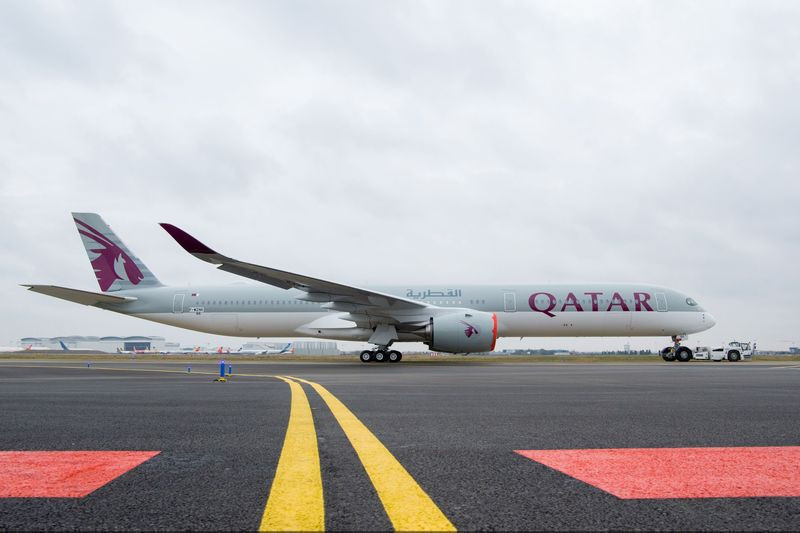 DOHA – Qatar Airways will resume flights to two additional destinations in the United States, Houston and Philadelphia, from Aug. 12, the company said on Friday.

The statement added that the carrier will also increase the number of flights to Los Angeles to one each day from Aug. 12, and twice-daily flights to New York from Sept. 1. 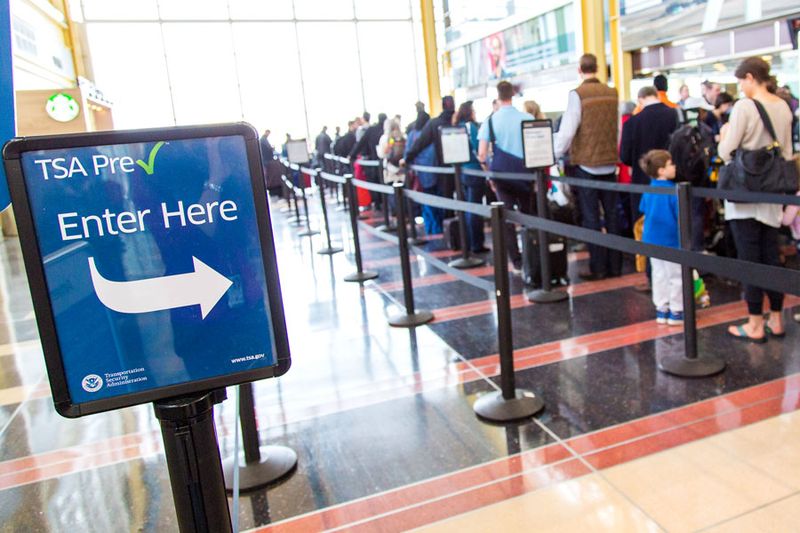 WASHINGTON – Shares in major U.S. airlines rose on Monday after the Transportation Security Administration (TSA) said it screened more than 800,000 people at U.S. airport checkpoints on Sunday for the first time since March 17. The uptick became visible in June traffic stats of major carriers.

TSA said it had screened 831,789 people on Sunday, which was still down about 70% over the prior year when about 2.5 million people were screened.

The largest 20 U.S. airlines carried 16.3 million passengers in June — an 80% decline over the same month last year — but nearly twice as many as May.

The coronavirus pandemic has slashed U.S. airline passenger demand, but it has rebounded from historic lows in April, when just 3 million passengers traveled.

As the virus has accelerated over the last month, airline executives have warned that demand that had shown signs of recovering could stall again, threatening jobs. Between American Airlines and United Airlines, more than 60,000 frontline workers have received warnings that their jobs are on the line on Oct. 1.

The largest 20 U.S. airlines carried 16.3 million passengers in June – an 80% decline over the same month last year – but nearly twice as many as May.

The coronavirus pandemic has slashed U.S. airline passenger demand, but it has rebounded from historic lows in April, when just 3 million passengers traveled. The Transportation Security Administration said it screened more than 800,000 people at U.S. airport checkpoints on Sunday for the first time since March 17, which was still down about 70% over prior year figures. 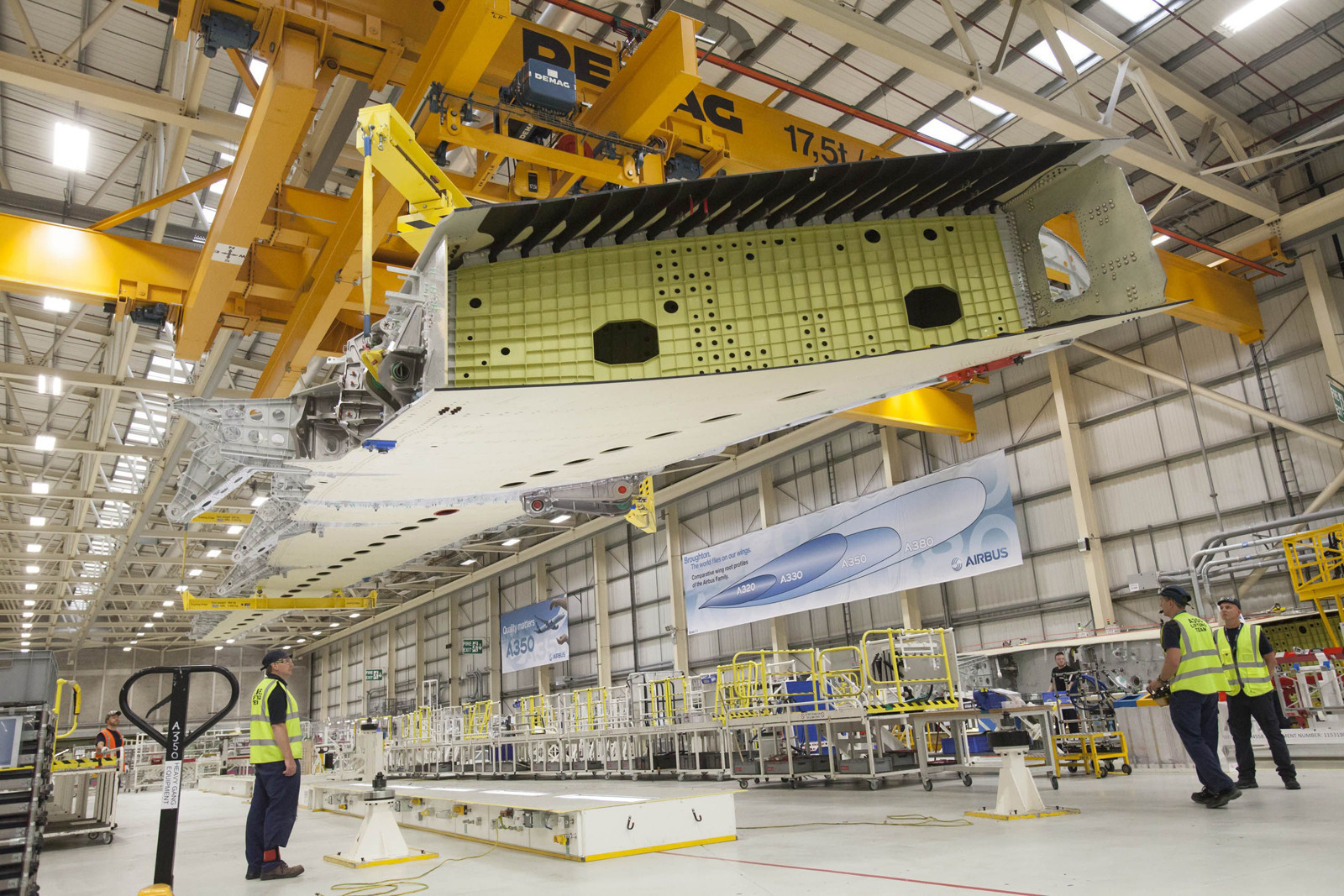 LONDON – Led by Airbus the British aerospace industry plans to put aside one billion pounds to bail out struggeling suppliers, the Sunday Times reported without revealing sources. The private sector initiative hopes to be matched by additional government funds to keep supply chains alive.

Trade group ADS finalized a funding scheme to help small aerospace businesses in the UK make it through the crisis. The one billion pound intitiative may include taking stakes in certain companies, the Sunday Times revealed.

Spearheaded by Airbus, ADS is looking to encourage the British government to chip in and match any private sector funds.

Several smaller aerospace suppliers face commercial headwinds in the crisis as the demand for part collapsed amid lower production rates at Airbus and other aerospace majors.

The flight will now operate twice-weekly for the duration of Ryanair’s summer schedule at Bristol Airport and in operates in under the Vienna based Laudamotion brand.

Ryanair’s Eimear Ryan said: “Ryanair is pleased to launch a new Bristol route to Vienna, which will operate twice weekly as part of our Bristol Summer 2020 schedule.“

Dave Lees, Bristol Airport CEO Dave Lees added: “We are delighted Ryanair is adding Vienna to the route network from Bristol Airport.  This announcement will provide customers in the South West region a wider choice of destinations available from their local airport.

“Vienna is a great cultural destination and known as the ‘City of Music’ due to its musical legacy.  The city offers business and leisure opportunities and the route provides inbound visitor potential to the region.”

To celebrate the launch Ryanair is offering fares for Just £19.99 one-way which are valid for travel through to October 2020. These must be booked by 12th August 2020 directly at Ryanair.com

Airbus cuts A350 production as undelivered aircraft pile up

European airframer Airbus SE is cutting production of its long-range widebody airliner, the Airbus A350, from 6 to 5 per month as undelivered aircraft being to pile up.

In its half-year reports Airbus disclosed that 145 airliners went undelivered in the first half of 2020, a direct result of the Coronavirus pandemic and its affect on air travel.

As a result of the postponed deliveries Airbus’ commercial aircraft division returned a loss of €1.8bn for the period.

Other aircraft families that are seeing cuts in production include the best-selling Airbus A320neo family which is being cut to 40 per month and the A330neo which is being reduced to just 2 per month.

Airbus made clear that although the pandemic began in the first quarter of 2020 its effects became highly visible in the second quarter as air travel was almost globally grounded.

That meant a drop in 65% on commercial aircraft revenue.

Chief executive Guillaume Faury said: “We face a difficult situation with uncertainty ahead, but with the decisions we have taken, we believe we are adequately positioned to navigate these challenging times in our industry.”

As a result of the downturn, Airbus has said it needs to cut 15,000 jobs globally with around 1,700 of those from the UK sites such as Broughton, North Wales where the wings are made for almost all Airbus airliners. 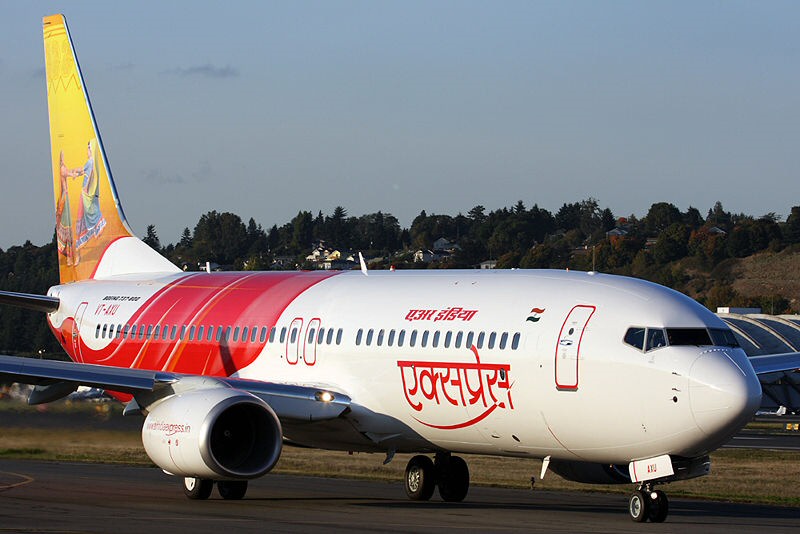 KOZHIKODE – The death toll from an Indian passenger aircraft accident has risen to 18, while 16 people have been severely injured, a senior government official said on Saturday. The flight carried 190 passengers and crew, India started an air accident investigation as the flight recorders have been recovered.

The Air India Express plane, which was repatriating Indians stranded in Dubai due to the coronavirus pandemic, overshot the runway of the Calicut International Airport in heavy rain near the southern city of Kozhikode on Friday. This was India’s worst passenger aircraft accident since 2010.

The flight was carrying 190 passengers and crew. The plane’s pilot and the co-pilot were killed in the accident, K Gopalakrishnan, chief of the Malappuram district in the southern state of Kerala, told Reuters.

“All passengers have been admitted to various hospitals, and they are also being tested for COVID-19,” Gopalakrishnan said, adding autopsy of the bodies would be carried out according to the COVID-19 protocol.

The Boeing-737 the plane skidded off the table-top runway of Calicut, crashing nose-first into the ground. Such runways are located at an altitude and have steep drops at one or both ends.

In 2010, another Air India Express flight from Dubai overshot the table-top runway at Mangalore, a city in the south, and slid down a hill, killing 158 people

Civil Aviation Minister Hardeep Singh Puri last night told national broadcaster DD News that only an investigation would reveal the cause of the crash.

Puri said authorities managed to rescue most of the passengers because the plane did not catch fire while descending the slope at the end of the runway.

India, which shut down all air travel in late March to try to contain the novel coronavirus, has restarted limited international air travel.

Air India Express AXB1344 was a government-operated repatriation flight for Indians previously unable to return home because of travel restrictions.

EASA gives no firm date for 737 MAX to fly again 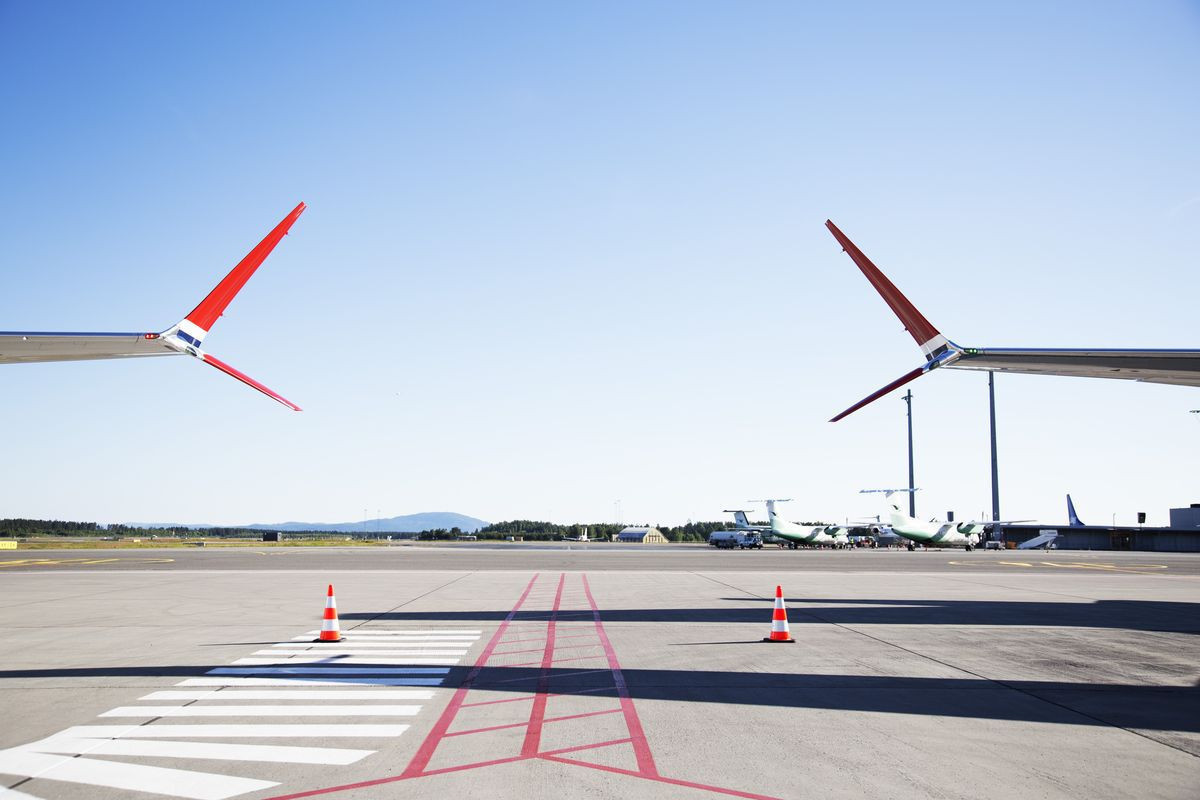 PARIS – Europe’s air safety watchdog has no firm date for Boeing’s grounded 737 MAX to resume flights, it said this week, adding that the U.S. planemaker had some more work to do before a 17-month-old safety ban could be lifted in Europe. The U.S. is moving to clear the jet for skies soon.

The U.S. Federal Aviation Administration on Monday issued a proposed directive requiring four design or operating changes in the wake of two fatal 737 MAX crashes, in a move which could lead to the agency lifting a grounding order on the jet later this year.

The European Union Aviation Safety Agency (EASA) declined to comment directly on the FAA documents, but said it was still waiting to conduct its own test flights before the commercial ban could be lifted in Europe.

“…we are still working to conduct our test flights, scheduling of which has been hampered by the travel restrictions due to COVID-19,” a spokeswoman said by email. “The test flights are a prerequisite for EASA to approve the return to service of the 737 MAX in Europe.”

EASA reiterated it would only return the aircraft to service once it felt it was safe.

“In general, good progress has been made but there is still some work which Boeing needs to complete,” the spokeswoman said. “In the light of this position, and in common with the FAA, we cannot yet predict a firm schedule for the return to service and the ungrounding of the aircraft in Europe.”

EASA scrutiny is one of a number of hurdles to a widespread return to service, including getting Canadian approval and a public comment period of 45 days on the FAA’s proposed changes, as well as finalising a new set of pilot-training procedures.

Boeing Chief Executive Dave Calhoun told analysts last week he expected MAX deliveries to resume in the fourth quarter, comments that were interpreted as a suggesting that the U.S. return to service could slip into next year.

Eastern Airways to launch flights from Teesside to Heathrow

The daily jet service will provide a crucial North-South link connecting the Tees Valley area, which includes Hartlepool, Darlington and Middlesborough, with the Captial helping with important business links.

Offering an initial daily e-Jet operated service helps add further London capacity and makes reaching the capital or getting to the North East a little over an hour away, with the array of connections world-wide this opens up. We look forward with our partners at Teesside International Airport and London Heathrow Airport to restoring such a major air-link missing for over a decade.”

The flight will be operated by a 76-seat Embraer E170 aircraft.