Airlines hope for May 17 travel restart 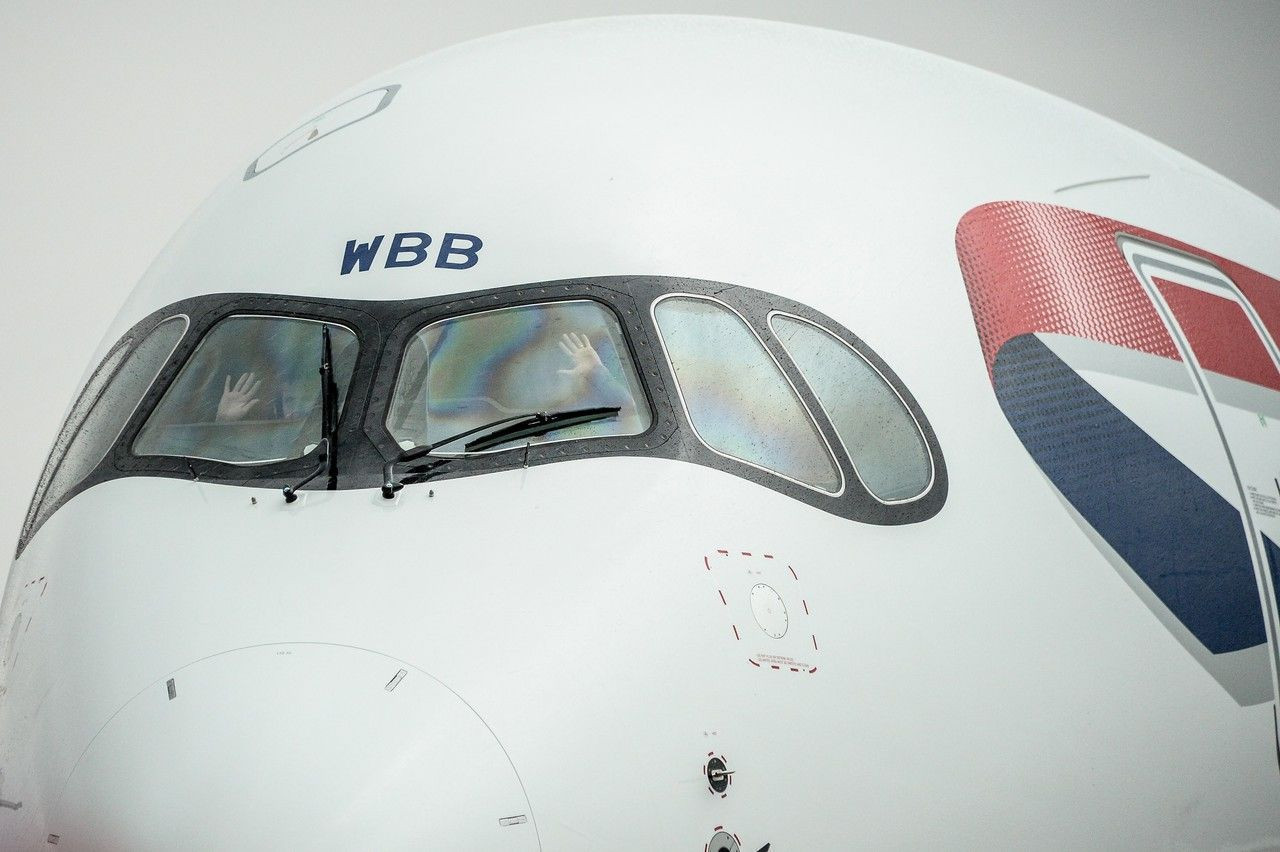 LONDON – British Airways and Virgin Atlantic expect international travel from Britain to resume on May 17 despite the government warning it is too soon to say whether holidays can go ahead this year. The UK government has said it will provide more details on restarting foreign travel this week.

Rising infection rates in Europe have threatened the hoped-for recovery. Prime Minister Boris Johnson said on Monday he did not underestimate the challenge ahead.

The airline industry believes, however, that come mid-May more vaccines will have been rolled out in key destinations, bringing infection levels under control, while a UK traffic light system – tailoring rules to the risks in each country – should prevent coronavirus variants from being imported.

“We see nothing in the data that suggests that we shouldn’t be opening up travel on the 17th of May.” British Airways (BA) CEO Sean Doyle told a media briefing on Tuesday, referring to the government’s original plan for when travel might resume.

Speaking alongside Doyle, Virgin Atlantic CEO Shai Weiss said the United States should be on Britain’s “green” list of countries qualifying for relatively restriction-free travel. BA and Virgin are rivals on trans-Atlantic routes.

Doyle was also optimistic the green list would have expanded by the summer as vaccination campaigns ramp up, particularly in continental Europe.

The government has advised Britons not to book foreign holidays, but after a year of minimal revenues due to the pandemic, airlines are desperate for an end to restrictions.

Without a significant resumption of travel this summer, most will need to raise new funds to help ensure their survival. They have taken on new debt to make it this far.

Both airline bosses declined to say how they would fine-tune their route maps to reflect likely green-list countries, which could include Israel, Portugal and the United Arab Emirates.

Doyle said BA was waiting for government recommendations expected later this week to plan its summer.

The bosses said they would need to know which countries were likely to be on which list and have enough detail to plan for May 17 and beyond, as bringing staff back from furlough, getting planes ready and opening terminals would take weeks.

The executives, and Heathrow airport CEO John Holland-Kaye who also spoke at the briefing, urged the government to approve the use of digital travel passes, which would include test and vaccine certificates. The industry has said checks on paper certificates would cause delays.

“We need to standardise and simplify and automate as much as possible,” said Holland-Kaye.

The UK Civil Aviation Authority confirms that of the 742 ATOL licences that expired on 31 March 2021, 554 have been renewed, with a further 89 still in the process. This means that, in total, there are now 1,662 ATOL holders overall.

Michael Budge, Head of ATOL Licensing at the UK Civil Aviation Authority, said “We would like to thank those travel companies that submitted their application and supporting information for renewal in good time as well as engaging constructively with us regarding licensing requirements.”

“We have continued to focus on ensuring the appropriate protection of advance customer monies and requiring ATOL holders to maintain adequate liquidity to meet future obligations. Where appropriate, certain conditions were required to meet these obligations.”

Travel businesses that were not due to renew their ATOL licence during this renewals period should apply in good time before the 30 September 2021 expiry date.  Therefore, it is important that ATOL holders continue to work closely with the Civil Aviation Authority, so that we can support in the best interest of consumers.

Numbers above: At close of business 1 April 2021

* Includes 23 trade ATOL holders that no longer require to hold an ATOL licence.

** 44 of these submitted applications within the last 10 business days of March 2021.

For media enquiries contact Andrew McConnell at the ATOL Press Office on 0333 103 6000 or press.office@caa.co.uk. 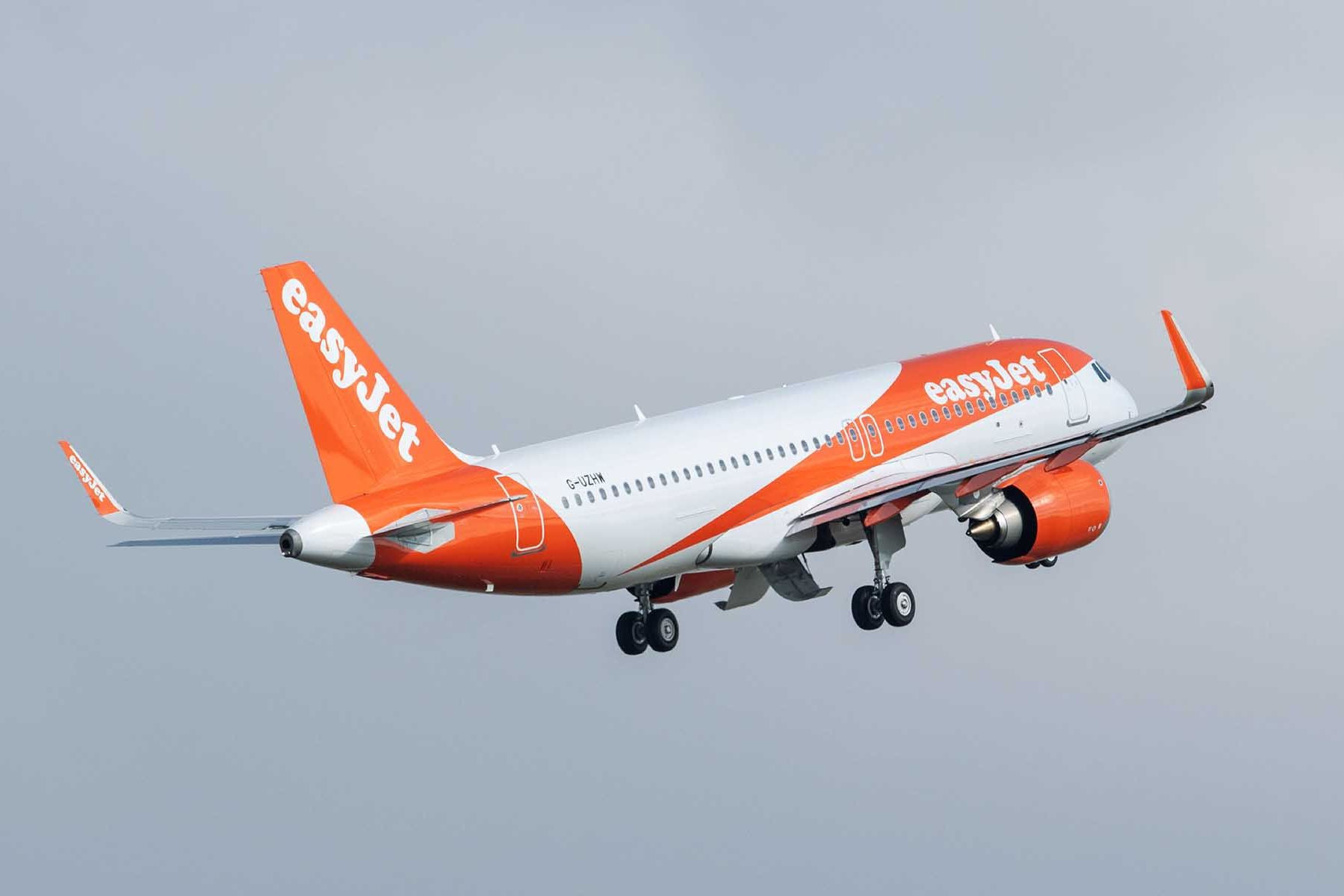 LONDON  – The chief executive Easyjet criticised some of the government’s plans to restart travel, saying Covid-19 tests should not be required for passengers travelling to low-risk destinations. According to Johan Lundgren, costs of tests in some cases exceed ticket prices of the LCC.

Britain’s airlines and travel industry were left disappointed by Prime Minister Boris Johnson’s warning on Monday that it was too soon to say when international holidays could resume, meaning the re-opening could be pushed later than the current date of May 17.

Easyjet chief executive Johan Lundgren said on Tuesday that there were a lot of details missing from the previous day’s announcement.

“That doesn’t make sense for me…because this could add to cost and complexities,” he told BBC Radio. He said the cost of tests sometimes exceeded ticket prices. “That means that you wouldn’t open up international travel for everyone, you would open up for those who could afford to pay it,” he said.

Asked if people would be able to travel to popular destinations like Spain and Greece without restrictions by July and August, Lundgren said: “Yes, I definitely think so.” He said Easyjet continued to discuss the issues around re-opening travel with the government. 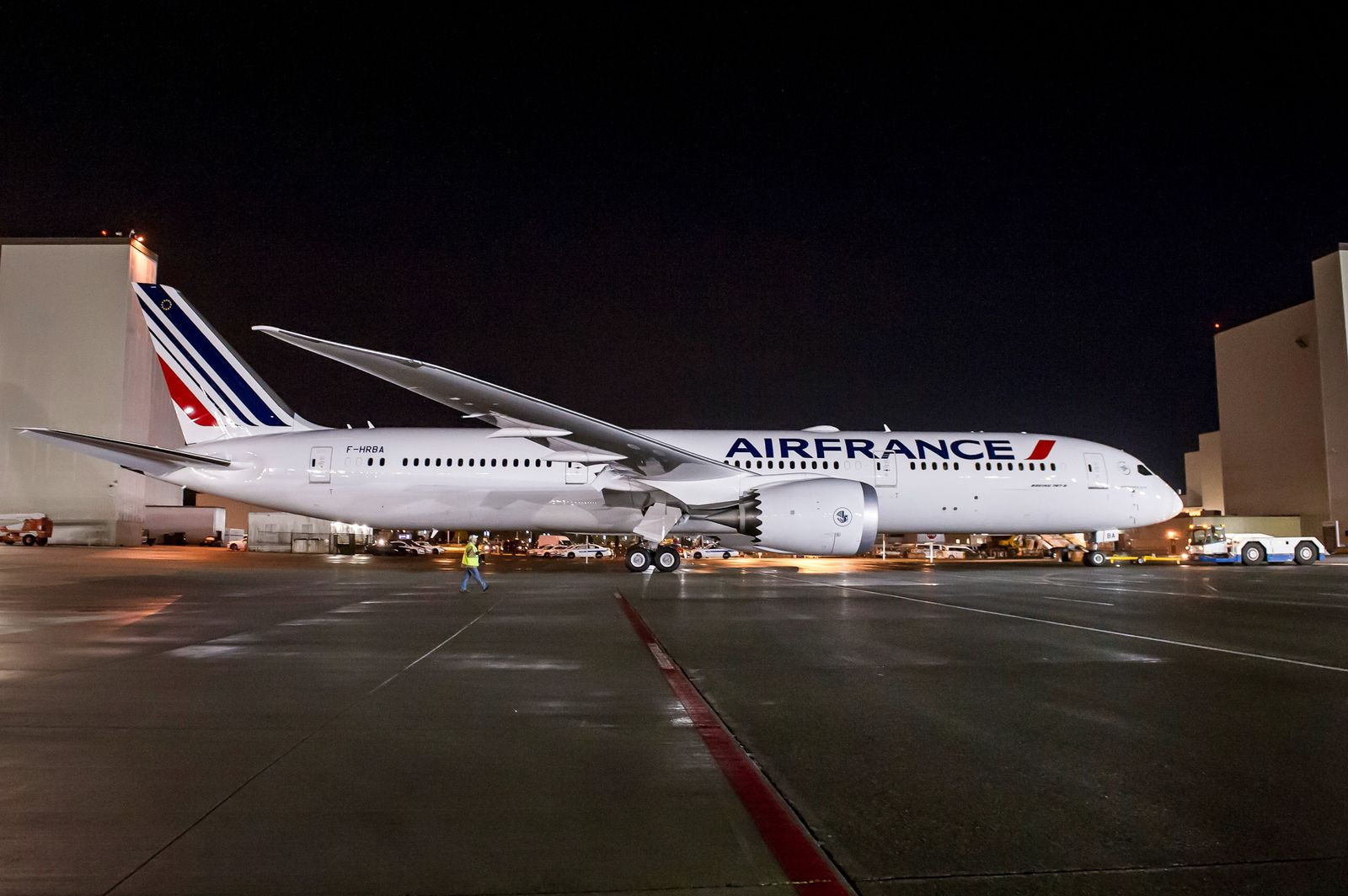 BRUSSELS – The European Commission approved on Tuesday a French proposal to grant up to 4 billion euros ($4.72 billion) to recapitalise virus-hit Air France KLM in return for giving up to 18 slots per day at Paris Orly airport to a rival carrier.

The EU executive said France will have to present an exit strategy for the airline within 12 months unless it has reduced the state stake to below 25% by then.

It said Air France KLM will be banned from paying dividends, non-mandatory coupon payments, making share buybacks and giving out bonus payments to management until the recapitalisation is redeemed. 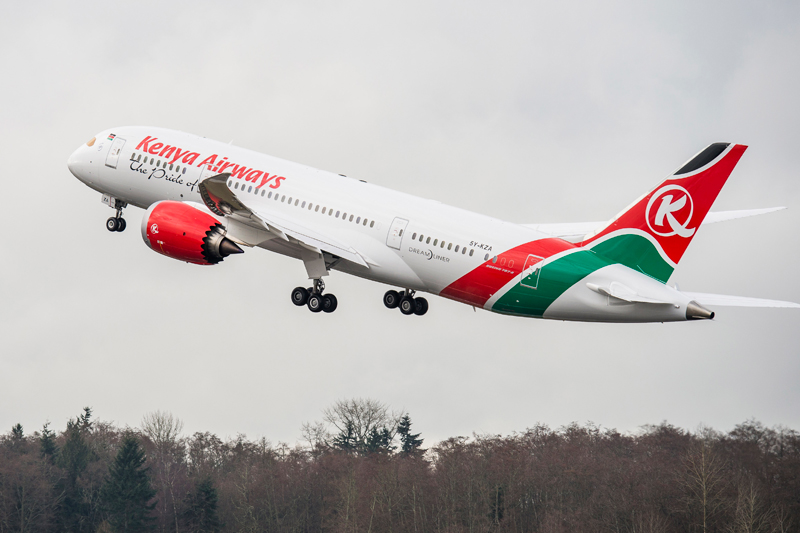 NAIROBI  – Kenya Airways will suspend flights to the United Kingdom effective April 9, the airline said in a statement.

The announcement comes days after the Britain said it would add Kenya to its travel “red list”.

UK will give airlines “as much notice as it can” 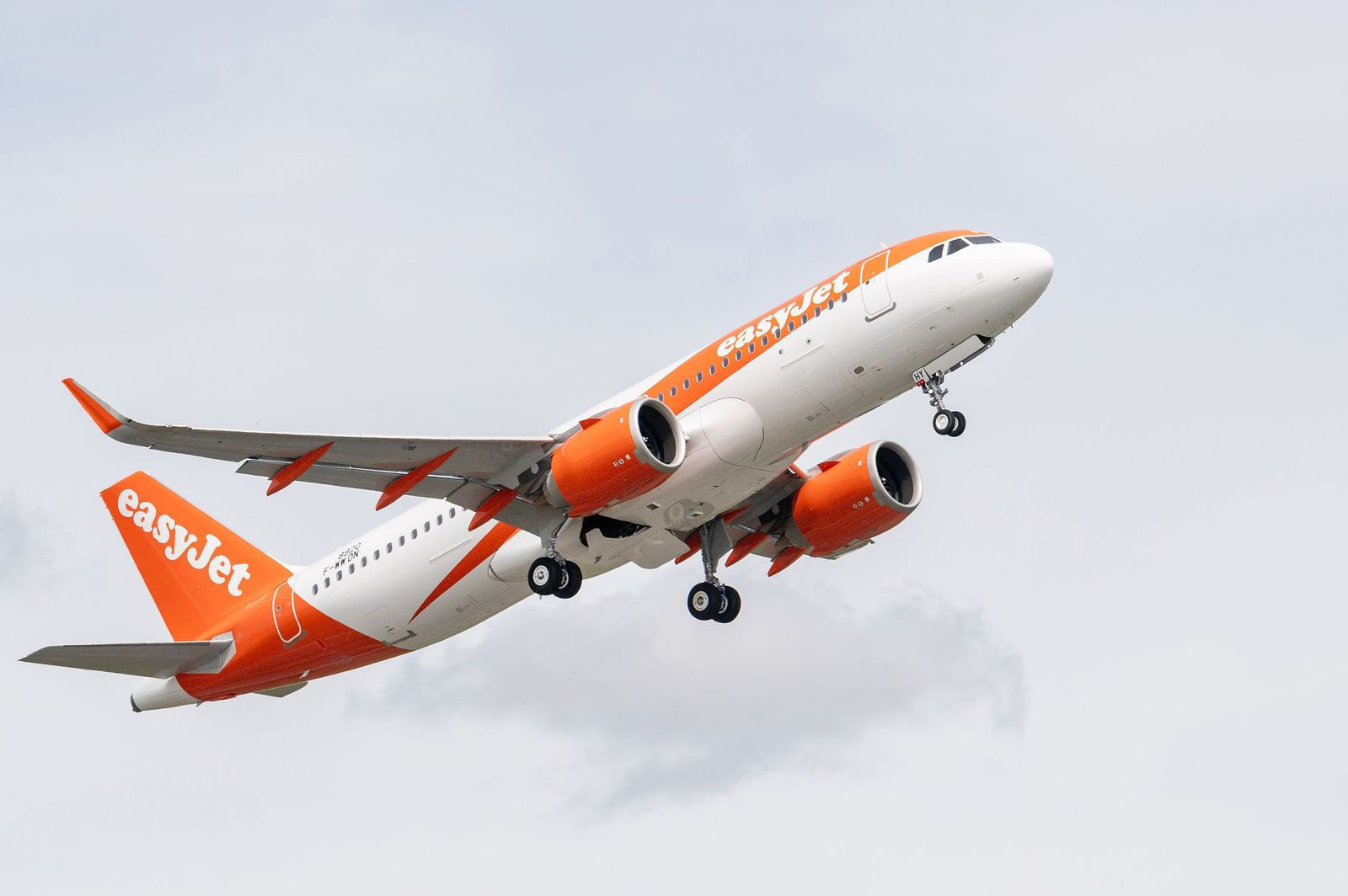 LONDON – British PM Boris Johnson said on Monday his government wanted to get the aviation industry flying again and would offer airlines “as much notice” as it could so they can prepare for the resumption of non-essential foreign travel. 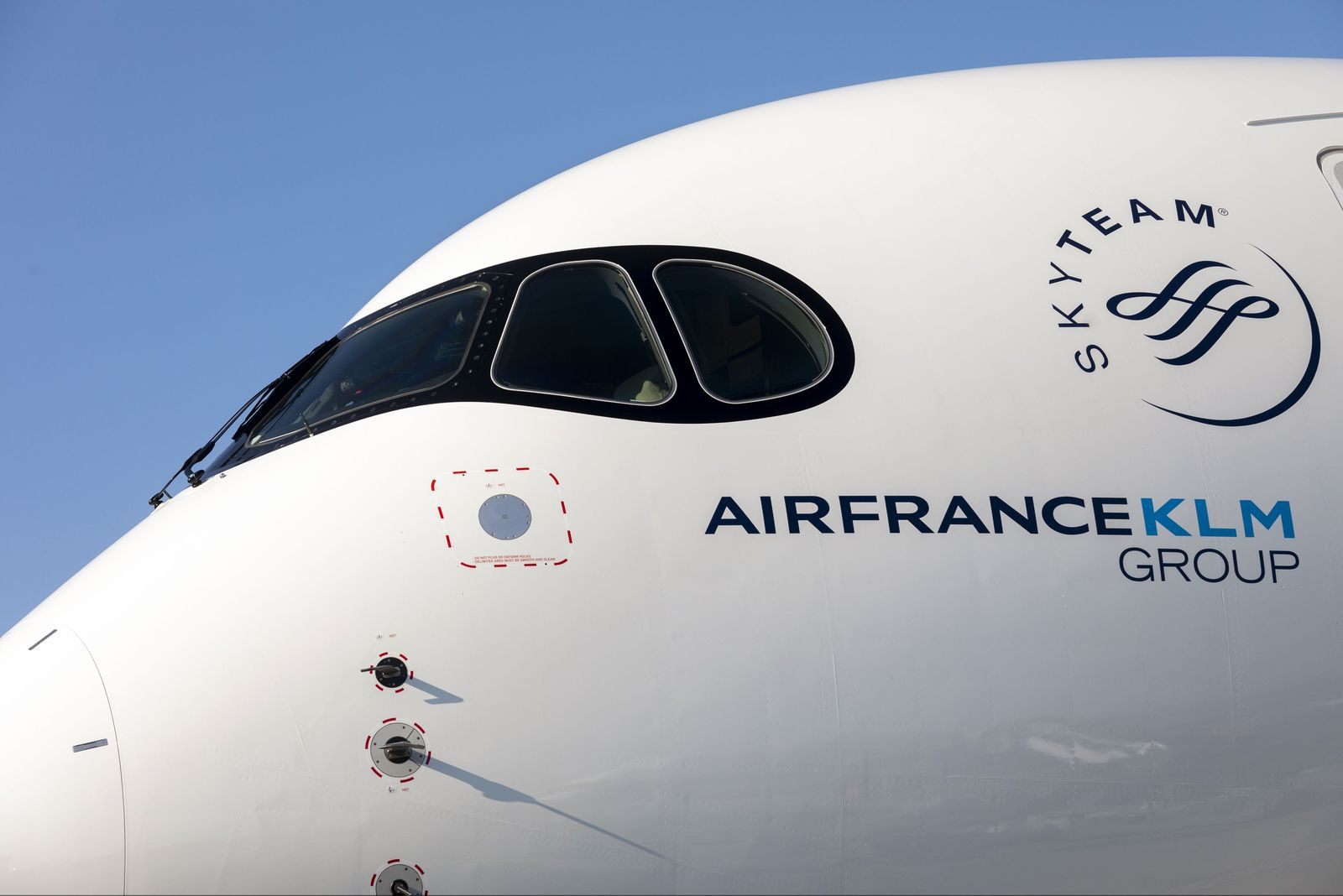 PARIS – The French government has reached the outline of a deal with the European Commission on a state-backed refinancing package to help strengthen Air France-KLM’s balance sheet, Finance Minister Bruno Le Maire said on Sunday.

Le Maire, speaking on LCI TV, declined to comment on the amount involved. He confirmed that the airline group’s board was due to meet on Monday to discuss and approve the package, as successive coronavirus shutdowns take their toll.

This will likely involve converting a 3 billion-euro French government loan into hybrid instruments.

But the plan had been held up by wrangling over EU demands that Air France give up Paris-Orly take-off and landing slots as a condition.

Le Maire said the airline had given up some slots in negotiations, but not the 24 initially demanded by Brussels, which would have put Air France on a par with those ceded by Germany’s Lufthansa in Frankfurt and Munich as part of its state-backed capital hike.

“It has been a long and difficult negotiation but I think we have reached a good deal with (EU competition chief) Margrethe Vestager,” Le Maire said.

France and the Netherlands each own close to 14% of Air France-KLM, and the Dutch state has held separate EU talks over converting its 1 billion euro loan to KLM into hybrid debt in return for slot concessions at Amsterdam-Schiphol.

Johnson to set out travel plans 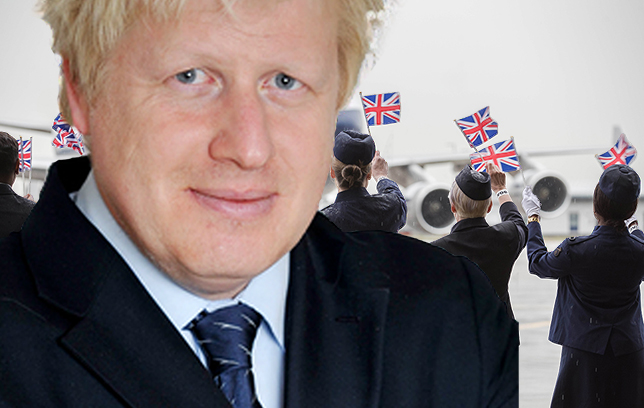 LONDON – British Prime Minister Boris Johnson will set out plans to reopen the economy and eventually relaunch international travel on Monday when he updates the coronavirus roadmap, aided by one of the fastest vaccine rollouts in the world. Astra and Pfizer shots might fuel airline recovery in the summer.

As much of Europe enters new lockdowns to tackle surging cases, Johnson will give an update on his staggered plan to ease restrictions in the coming months, a huge boost for one of the worst-hit countries during the pandemic.

Johnson is expected to confirm that non-essential retail, outdoor hospitality and hairdressers can reopen on April 12 in England, while he will also give more details on vaccine passports and international travel.

Airlines are fighting for survival after a year of nearly no travel, and the government’s plan to use a traffic-light system for countries based on infection and vaccination levels gives a glimmer of hope that some form of holidays could take place.

Under the current plan international travel will not resume until May 17 at the earliest. The Financial Times said Johnson was not expected to set out a specific timeframe.

The gradual relaxation of rules will also be aided by an increase in testing availability, with everyone in England entitled to take a rapid COVID-19 test twice a week to prevent outbreaks and find those people not displaying symptoms.

“As we continue to make good progress on our vaccine programme and with our roadmap to cautiously easing restrictions underway, regular rapid testing is even more important to make sure those efforts are not wasted,” Johnson said in a statement.

Scotland, Wales and Northern Ireland are following their own, similar paths out of a strict lockdown that was imposed at the beginning of this year.

Britain is able to pursue a recovery after it gave AstraZeneca and Pfizer shots to more than half the adult population. A reopening of schools in March has also not yet led to a spike in cases, despite a ramp-up in more testing.

But the United Kingdom has been badly hit by the pandemic. With almost 127,000 deaths, it has the fifth highest toll in the world behind the United States, Brazil, Russia and India.

In 2020 its gross domestic product fell by 9.8%, the most in more than three centuries and one of the deepest contractions in the world. Households have saved however, and sterling has gained against the euro ahead of the reopening. 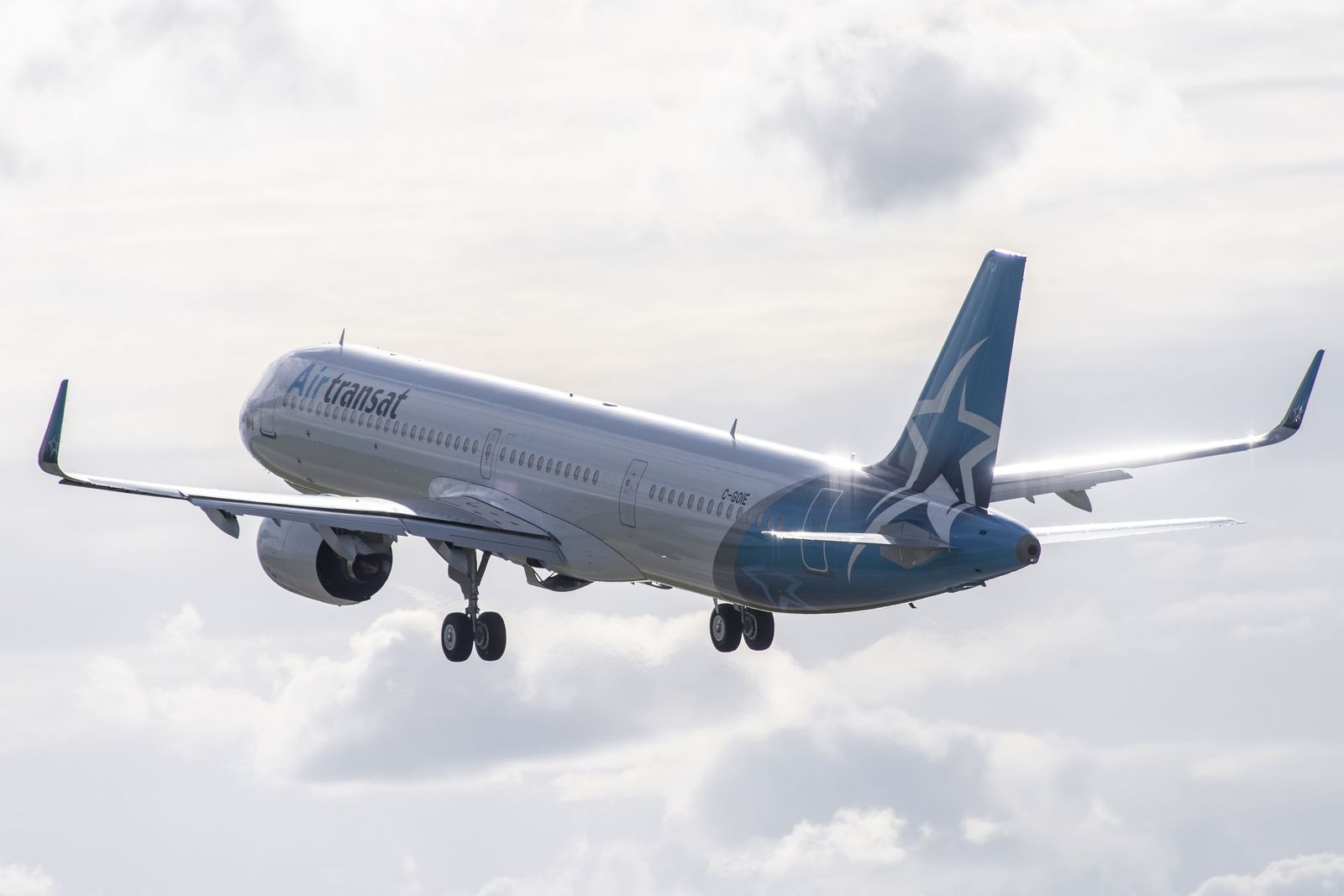 Her comments came after the two companies scrapped the deal after being told by the European Commission that it would be blocked.

Vestager said she had strong concerns about the impact of the deal which Air Canada had failed to allay.

“While the coronavirus outbreak has strongly impacted the airline sector, the preservation of competitive market structures is essential to ensure that the recovery can be swift and strong,” she said in a statement.

“The proposed transaction would raise competition concerns on a large number of transatlantic routes. Based on the results of the market test, the remedies offered appeared insufficient.”

Lufthansa to resume flights to Tehran 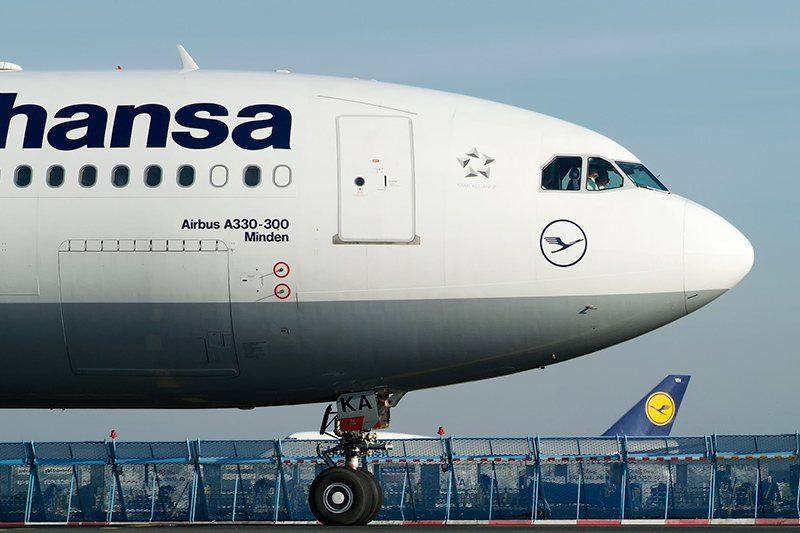 FRANKFURT – German airline Lufthansa said on Friday that it would resume flights from Frankfurt to Tehran from April 16.

Lufthansa had suspended flights in January 2020 after a Ukranian airliner was shot down soon after take-off from Tehran.

The airline said it has since assessed security measures by Iran with national and international authorities.

“The conditions for safe flight operations in Iranian airspace are currently in place,” it said in an emailed statement.