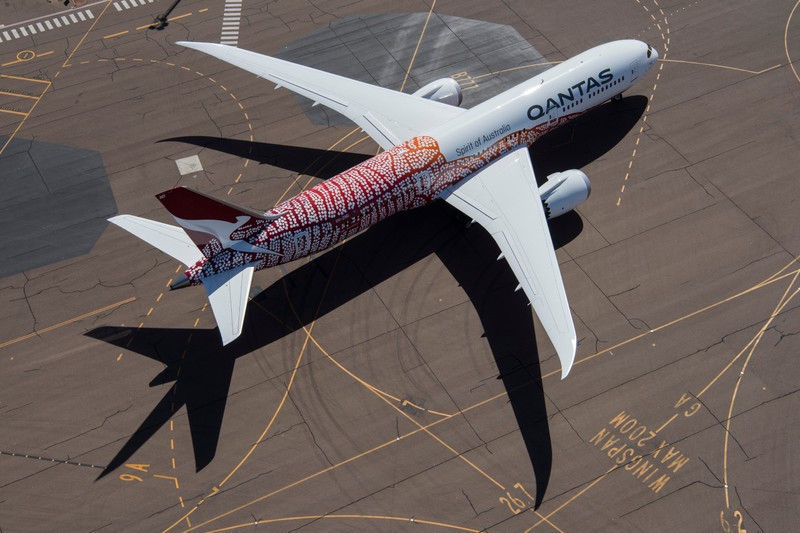 SYDNEY – Qantas has confirmed it will operate its flagship direct route from Australia to London via Darwin when international flights resume next month with the reopening of Australia’s border. The Qantas nonstop route from Perth to London is expected to restart in April 2022.

The national carrier has reached an agreement with the Northern Territory Government and Darwin Airport to temporarily reroute its flights from Melbourne and Sydney through Darwin.

The Darwin hub arrangement will be in place in time for borders reopening from 14 November 2021 until at least April 2022 when London flights are scheduled to operate via Perth again. While this is a temporary change to the route, Qantas will watch how it performs and is open-minded about what it could lead to down the track.

Qantas Group CEO Alan Joyce said the new route via Darwin will be made possible due to the support from the Northern Territory Government who have been instrumental in helping Qantas facilitate the new route in a post COVID-19 operating environment.

“The NT Government has worked closely with us to make these flights happen and I’d like to thank the Chief Minister and his team for finding a solution that is safe and streamlined.”

Mr Joyce added, “The Kangaroo route is one of the most iconic on the Qantas international network and we are delighted that Darwin will play a vital role in Australia’s post pandemic reopening to the world.

“Qantas has been flying repatriation services from London to Darwin as part of the airline’s efforts to help bring Australians home over the past 12 months, so our pilots already have extensive experience operating this particular route.”

“From Parap to Piccadilly, the opportunities are endless. The convenience of this route will mean tapping into brand new markets for tourism and business.

“It will also open up new opportunities for developing the aviation skills sector here in the Northern Territory.

“I thank Qantas and the Darwin International Airport for working with us to turn this direct route into reality, which will mark a real turning point for the nation as we work towards the next stages of the National Plan.”

The passenger transit arrangements will be split into two stages to reflect COVID-safe arrangements in the Territory itself. In stage one, transiting passengers from all Australian states, or returning from London, will be able to visit the international lounge and shops at Darwin Airport.

Passengers travelling from London to Sydney and Melbourne via Darwin and wanting to travel onwards to other Australian cities may also be subject to state and territory quarantine requirements.

In stage two, transiting passengers will have the option to leave the terminal and visit Darwin, providing a tangible tourism boost for the city.

Darwin based customers will also be able to book the direct flight meaning a convenient non-stop connection to London.

Qantas has a long and proud history in Darwin. The city was the jump off point from Australia for the launch of the national carrier’s first international flight in 1935 from Brisbane to Singapore via Darwin.

Darwin was also part of the original 1947 Kangaroo Route between London and Sydney which took four days and flew from Sydney to Darwin and then onwards to Singapore, Calcutta, Karachi, Bahrain, Cairo and Castel Benito before landing in London.

As a result of repatriation flights, this year marks the first time Qantas has operated flights into Darwin Airport from Africa, Asia, Europe, North America and South America, making it the first airport in Australia to have received non-stop flights from all inhabited continents of the world.

All passengers on Qantas’ international flights will be required to be fully vaccinated with a TGA-approved or recognised vaccine (some exemptions for medical reasons and children).They will also be required to return a negative PCR COVID test at least 48 hours prior to departure and home quarantine for seven days on arrival into New South Wales.

Along with the Sydney to London via Darwin service, Qantas will restart its flights from Sydney to Los Angeles in November.

All other international routes that were scheduled to resume from 18 December 2021 will continue as planned, although the Group has the flexibility to add additional routes if other states and territories decide to open their borders earlier and reduce quarantine requirements to seven days at home, or less.